Over the last few weeks, a group of our Year 6 students have been creating murals as part of a community project linked to the City of Greater Geelong and the upcoming Drysdale Youth Festival. The City of Greater Geelong’s Youth Development Unit supported the project and supplied two artists to help the students design and produce the murals. The murals will be positioned on the outside walls of our Prep building. Five different designs were created by the students with four telling the story behind the name of each of our houses; Bengalat, Dan Dan Nook, Davis and McLeod and their link to our local Drysdale community.The fifth one contains our school motto and values.

Bengalat is the name of the local Wadawurrung clan who lived in the area that is now Drysdale. Dan Dan Nook was a leading indigenous athlete who won multiple competitions in the state during the late 19th century. Henry Davis is one of the town’s ANZACs and recipient of a Victoria Cross and McLeod reflects the name of the Drysdale reserve that is now home to the monthly Drysdale Community Market as well as the football and netball clubs.

The mural will be presented to the school to mark the commencement of the Drysdale Youth Festival this Friday at 3:00pm. Any parents or community members who are at the school are welcome to come along and join in the fun!

I would like to thank Raelene Newton, Shane Kennedy, Tammy Burke and Anna Richardson for making this project happen so promptly. 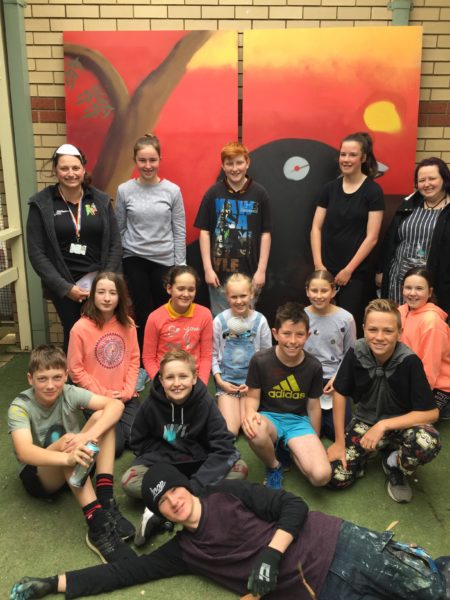