Year 6 just completed an educational tour of the national capital. Students were given the opportunity to participate in a variety of educational programs with a focus on Australian history, culture, heritage and democracy. While in Canberra we visited Parliament House, the Museum of Australian Democracy, the War Memorial, the National Film and Sound Archive, Questacon, and the Royal Australian Mint.

“Camp was great fun with our friends, especially ten-pin bowling, and we were taught a lot about Parliament and order.” Harry (aka Speaker of the House of Representatives)

At Parliament House, we were very fortunate to have Libby Coker MP, the member for Corangamite speak to us about what has been like to start her new job. Being so new to Parliament, Drysdale Primary was the first school from her electorate that she had addressed.

“We learnt a lot at camp and we answered a lot of our wonderings from Inquiry.” Maya (aka William Henshall, convicted forger and producer of the Holey Dollar)

Camp was so amazing. The drop slide at Questacon was really fun even though the first time I went down I hit my head.” Wallace (aka Neville Bonner, the first Aboriginal Australian to become a member of Parliament) 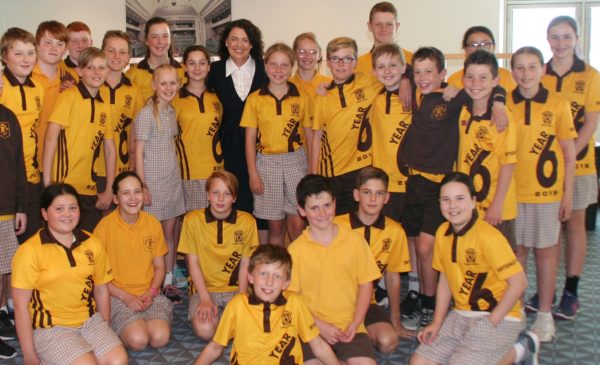