On the weekend the Drysdale Football Club U13s won a thrilling Grand Final. The members from the team proudly showed off some of their silverware at Assembly on Monday. Click read more to read a thrilling match report from Archer and Oscar.

Anxiety is like the beginning of a war, the hungriness and the fight to the end. The bloodshed, the sacrifice and the pain. Some people might say that it is only a game, but this is a grand final and it is the biggest game of our lives.

After we took our team photo, we headed out to be greeted by the biggest crowd we have ever played in front of. Kicking the first goal helped put a lot of pressure on to Colac, who were definitely the favourites coming into the game.

They settled into their game and soon grabbed the lead back, just like everyone expected. Drysdale responded and matched them for pressure, but the scoring dried up. At quarter time, Colac lead by a point.

This was the pattern of the game right through the second and third quarters with Colac holding on to a one-point lead going into the last quarter.

The last quarter has a high pressure, scrappy affair with goals completely drying up. Two of our former students, Emilio and Sonni, kicked what ended up to be match-winning points. With three minutes left, we were winning by one point and had to defend like our lives depended on it. With 30 seconds left, Colac were streaming down the wing with Sonni in pursuit. A big tackle was rewarded with holding the ball and the siren sounded straight after and Drysdale had done it. We were Premiers!

The crowd swarmed on to the ground to celebrate a thrilling win for the underdogs.

Congratulations to our current students Hayden, Cohen, Archer, James and Oscar who were all part of this premiership team.

On the same day, the Under 15s, who also had a number of former Drysdale PS students, also won by a point making it a very successful day for the club. 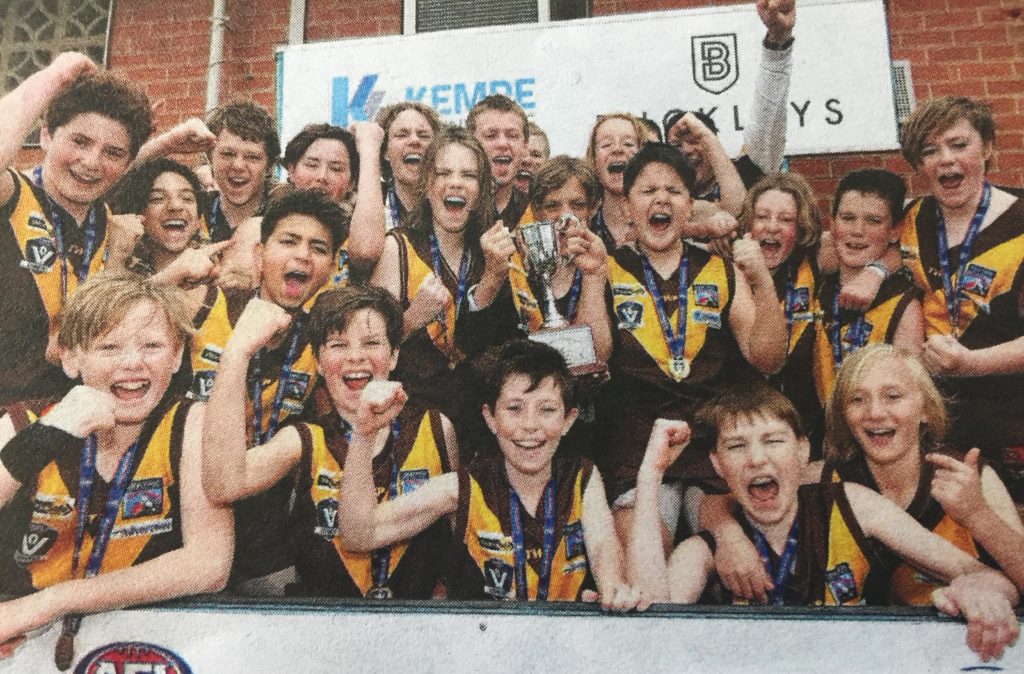 We formally welcomed our student leaders for 2020 in assembly yesterday and presented them with... more »

The final pieces of the Senior Bathroom Makeover were completed this week with the installation of... more »

You may have noticed some landscaping happening in the area between the Prep Building and the... more »

Over the holidays one of our students, Adam was lucky enough to flip the coin on Margaret Court... more »

Congratulations to Maya and Noah who were awarded a Cosmopolitan Lodge No.96 Junior Scholarship... more »

Welcome Back to School for 2020